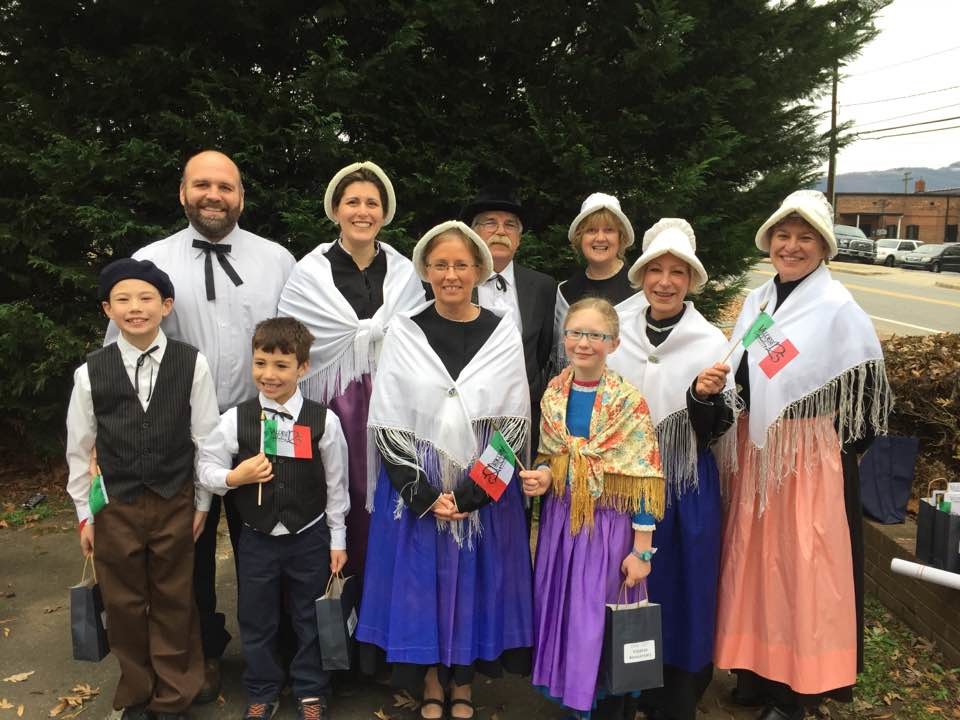 The Waldensian Church is the oldest evangelical church in existence, dating back at least to the 12th century and thus anticipating the Reformation by at least four hundred years. Beginning in the 13th century and extending through the 18th century severe persecutions diminished the Waldensian population. On February 17, 1848, King Charles Albert of Sardinia finally granted the Waldenses civil liberties. The population growth that followed forced many to leave their native valleys in the Cottian Alps of northern Italy, due to overcrowding. In 1893, twenty-nine Waldenses arrived in Burke County to prepare a place for several hundred other immigrants. In 1897, the settlers began work on a Romanesque-style church that would resemble those found back in the valleys of Italy. Two years later, the church sanctuary was completed and dedicated on July 4, 1899.

In the New World, the importance of the Scriptures remained. In the Waldensian Valleys in the Alps, it was most unusual to find a family who had not memorized at least one book of the New Testament, based on their fear that persecution might deprive them of the written word. In the New World, they continued the practice of having children memorize one chapter of the Bible.

The church also assumed responsibility for education. Many mission teachers assisted in the work of the Church. Since there was no money available for books, either in the church or at school, many long hours were spent copying materials.

Ministers who were sent from the Valleys assisted the Church and helped direct the activities of the colony, such as running the sawmill, building roads, obtaining supplies, and so forth.

In the beginning, the Church received much financial and religious assistance from different religious leaders and groups, particularly several from the north. On July 9, 1895, the pastor and 220 members, decided to unite with the Presbyterian Church, U.S. (Southern) since its beliefs and form of government most closely resembled those of the Waldenses. In 1983, with the reunion of the Northern and Southern branches, the Waldensian Presbyterian Church became a part of the new denomination, Presbyterian Church, USA.

Many customs brought from Italy were retained in the Church until 1921 when changes began, including:

Not only has the Church modified its practices to keep consistent with modern times, but its facilities have undergone a number of changes as well. The last century has seen several structural modifications, including:

The history of the Waldensian Presbyterian Church is so intertwined with the history of the town of Valdese, it is impossible to study one without learning of the other. One example of this is the fact that when it was apparent that the community could not economically survive based on agriculture, the Church lent money to help start industry. In education and industry, as well as in the religious life of the community, the Church served and serves today as the center of the Waldensian life in Valdese.

In essence, the Waldensian Presbyterian Church is blessed with people - all kinds of people - worshiping together, learning together, and serving together. We are a church family of individual members and families who care for one another. 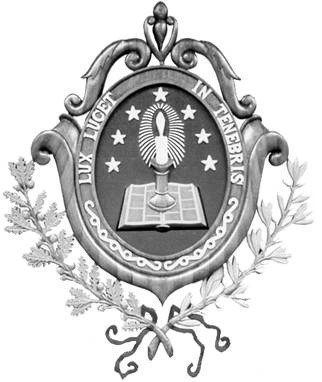 The lighted candle denotes "The Word of God." The blue field or night blue sky represents darkness. The seven stars represent the "Seven Churches in the Book of Revelation." The Latin motto Lux Lucet In Tenebris signifies "A Light is Shining in the Darkness of Night," or "The Burning Word of God is Bringing Light and Splendor Among Men."

The two branches, one of oak normally on the right and one of green laurel on the left, tied together at the bottom, indicates, "Hope and Strength and Power." The green laurel stands for "Hope and Glory." Thus we have Hope, Power, and the Glory of God.

The dress is made from dark material with the collar edged in white lace. The shawl is usually of silk, synthetic fabric, or light wool. It may be brightened with either painted, screen printed, or embroidered flowers. The apron, like the shawl, is an important, decorative part of the costume. This too, may be varied in fabric with use of iridescent, silk-like fabric, or other, according to taste and color coordination.

The Waldensian Coiffe is basically of starched material in lace or embroidered fabric and is worn only for church functions. When young girls begin courses in Catechism, coiffes are worn to church in black or navy. When they join the church and receive their first communion, they are privileged to wear the white coiffe. Traditionally, the white coiffe is an important item of bridal attire. Legend has it that the white ribbon on the coiffe is draped over the left shoulder and after the wedding vows is transferred to the back.

The original windows were part of a renovation to the Church that occurred in 1946-47. Designed and constructed by P.J. Reeves and Company of Philadelphia, PA, these windows symbolize some of the reformed churches around the world.

Representing thirteen nations, PC-USA, and important events or symbols in Waldensian history, these windows add to the beauty of the sanctuary but also serve as a timeless tribute to our heritage. Click here for The Windows, a descriptive summary.