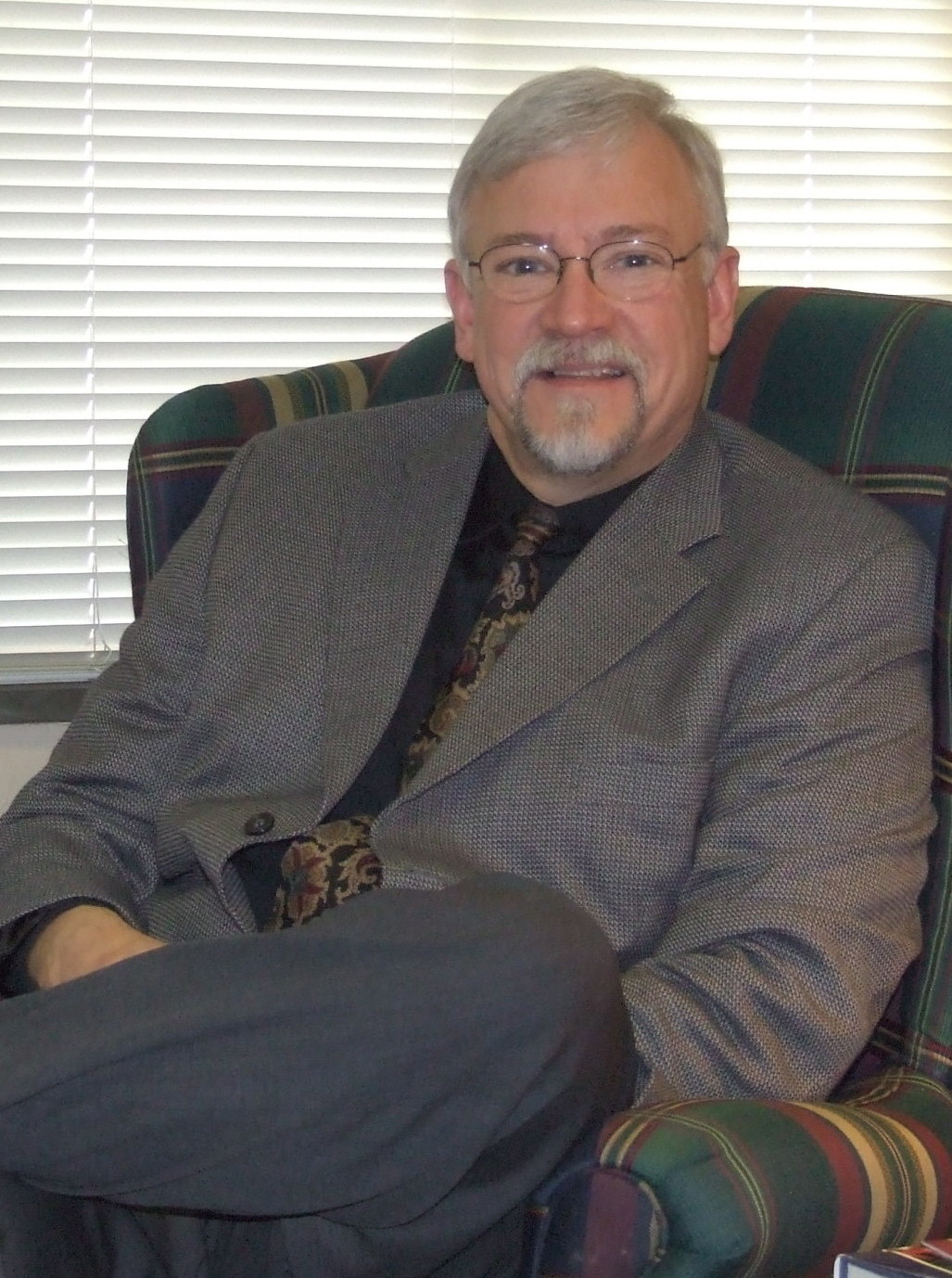 Kevin Frederick has been WPC’s pastor since 2007.  He married Mary Jane in 1992 and they have two grown children, Eleanor and Sam.   Kevin has a Master of Divinity, a Master in Christian Education, and a Doctoral degree in the area of Practical Ministry around biblical studies and a Relational Ethic in the Life of Christ.  Not only has this theme informed his leadership style as a pastor, he developed a 13-week course which explores issues surrounding human sexuality from that perspective. This work has opened up avenues of service and ministry in the realm of Domestic Violence and he has written three curriculum pieces and taught them in a number of venues in the US and in Guatemala while serving on the PCUSA’s Presbyterians Against Domestic Violence Network and through a partnership between the Presbytery of Western NC and sister Presbyteries in Guatemala. He also has led a series of workshops for CEDEPCA an ecumenical center for biblical and women’s studies in Central America. He also has written  a book of Liturgical Prayers and Poetry entitled: Cradled in Grace: Poems and Prayers through the Lectionary Calendar Year.

Two areas stand out among many in Kevin’s ministry here.  One; since arriving at WPC, Kevin has taken a keen interest in the history and witness of the Waldensian people and their movement in Europe and the United States.  He has written a book on Waldensian history and faith entitled, With their Backs Against the Mountains: 850 Years of the Waldensian Witness.   Kevin’s knowledge and leadership in this area has proven vital in advancing the education of the Waldensian story with all ages and through many local and international communities.  The other area of Kevin’s ministry at WPC is simple, it’s his visitation of his flock.   Nothing exemplifies Kevin’s caring, love, patience and graciousness for this congregation than the countless visits he has gone on to our homes and hospital rooms.  He has indeed set the gold standard for pastors everywhere! 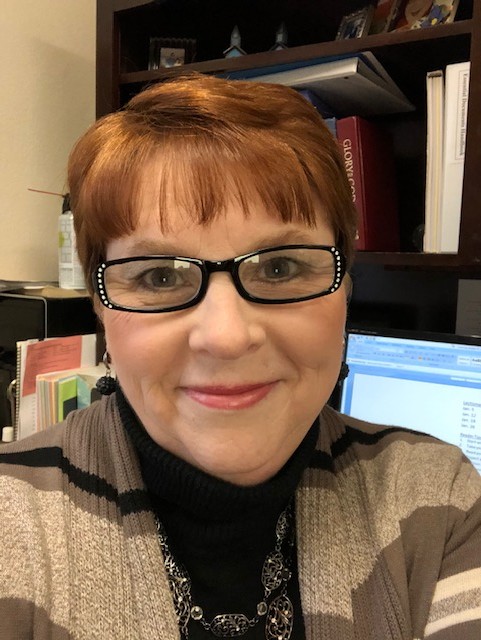 Rita Spivey joined WPC’s staff in June of 1996 and has just celebrated 24 years with WPC.  Rita loves interacting with church members and that feeling is reciprocated.  She sets aside her time and makes each and every one of us feel welcomed even when we intrude into her busy day.  Although modest and humble by nature, Rita is THE person you go to if you have a problem.  We are indeed blessed to have Rita as our friend and office manager.

Rita Spivey joined the office staff at Waldensian Presbyterian in June of 1996 and reached her twentieth anniversary with the church in 2016. Rita married her high school sweetheart, David, and they have a son, Jordan, and a daughter, Brooklyn. She loves spending time with her family, shopping, reading, going to movies, and singing in her church choir. If you have questions about anyone or anything happening at WPC, Rita is the person to ask!

Jason Adams has 18 years of experience working with students through Christian ministry programs and federally funded educational and workforce programs.  He has been at WPC since December of 2014. Jason writes:  My time at WPC has been wonderful! I am amazed by the continued love, grace and support I receive from the congregation. This fellowship has taught me about the rich value of traditional congregations. During my time here I have developed a better understanding of how a church can maintain its heritage as it moves into new decades. I love interacting with students! Helping students realize the power and relevance of the Bible always excites me. Encouraging a student to wrestle with God’s plan for their future is my wheelhouse!  WPC is a church for children. The children here truly understand that this church is their church. Our children enjoy the benefits of having an extremely talented and educated volunteer base. A large portion of our congregation has or had careers in education. This church will continue its tradition of serving students and has a bright future because of the youth it celebrates.   What can we add to that?

Jason joined Waldensian Presbyterian Church in 2015 and serves our children, youth and young adult ministries. He is married to Amanda and has four children, they currently reside here in Valdese.  In the fall of 2017, Jason began his study at Union Theological Seminary in Charlotte to pursue his doctorate of ministry. 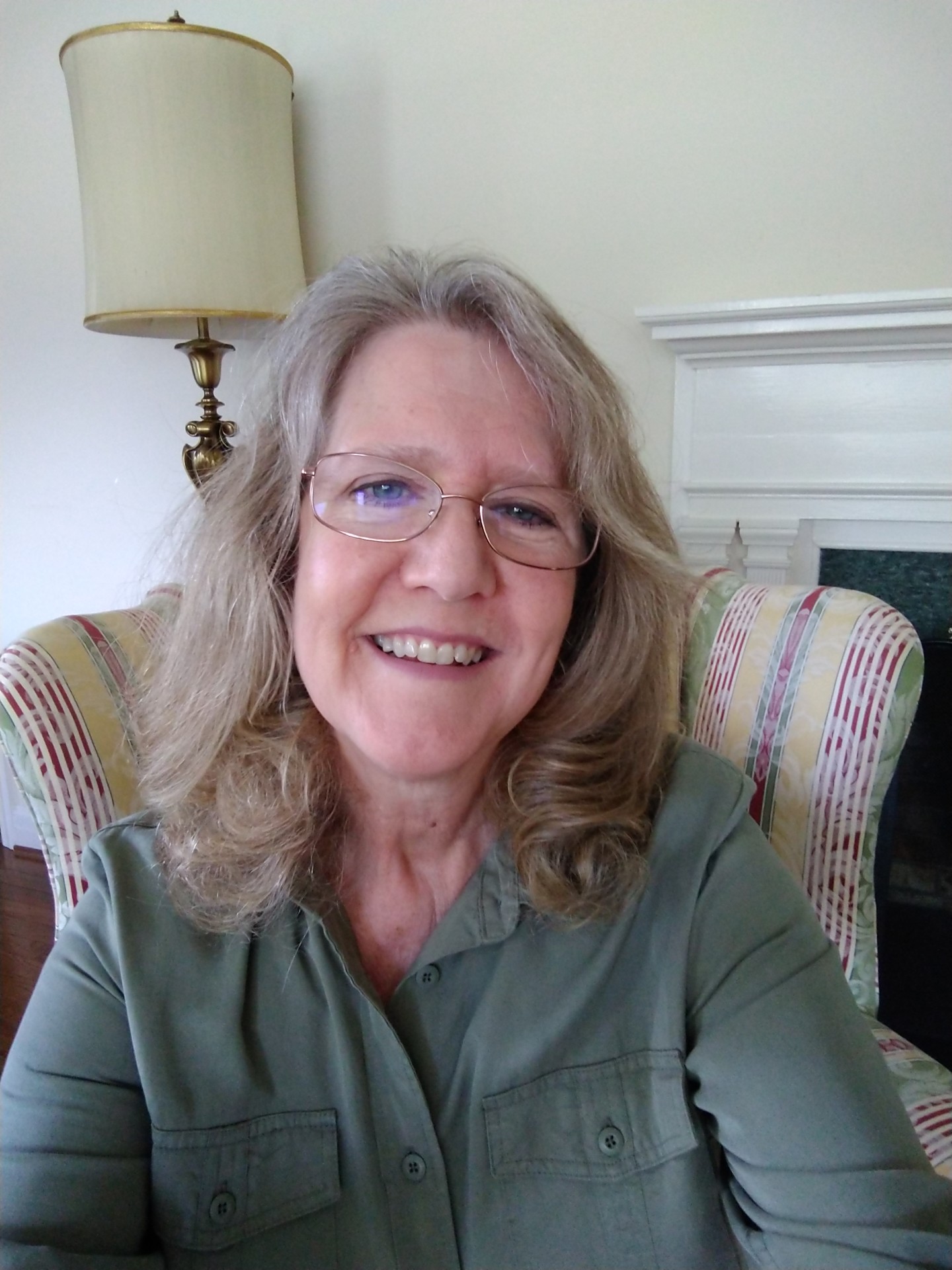 Laurie Nicholson has served as a church musician (director or organist) for a total of 17 years.   She came to Waldensian in August of 2018, partly drawn here by her own Waldensian heritage. When asked what attracted her to WPC she states “the strength of the music program throughout the church’s history,  the genuine welcome of those I first met here, the commitment to include children and youth in worship and the continued respect for the history of Waldensians through use of the French hymns .”

Laurie states that the “social aspects of gathering and caring about one another as we learn, and "practice" makes the musical offering to God in worship or concerts even more meaningful to me”.  The vision Laurie has in nurturing a new generation of young musicians at WPC will undoubtedly come about because of her excellent leadership and, in fact, has already started through the increasing attendance of both youth and adults at the Montreat Worship and Music Conference.    We are blessed to have Laurie as our Music Director at WPC; for her energy, her leadership and her love that enriches an already solid program.

Leslie holds bachelors degrees in Sacred Music and Vocal Performance and a masters degree in Music Education from Lenoir-Rhyne University. He has experience working in many facets of Sacred and Secular music including, but not limited to, choral music for adults and children, instrumental music and professional singing. In addition to his work at Waldensian Presbyterian Church, he is also the Director of Choral and Theatre-Arts at Fred T. Foard High school. Leslie’s faith and love of music are clearly projected in the uplifting and energetic rehearsals of the church. He believes that music is a divine gift and is excited to share in the music ministry of Waldensian Presbyterian Church. 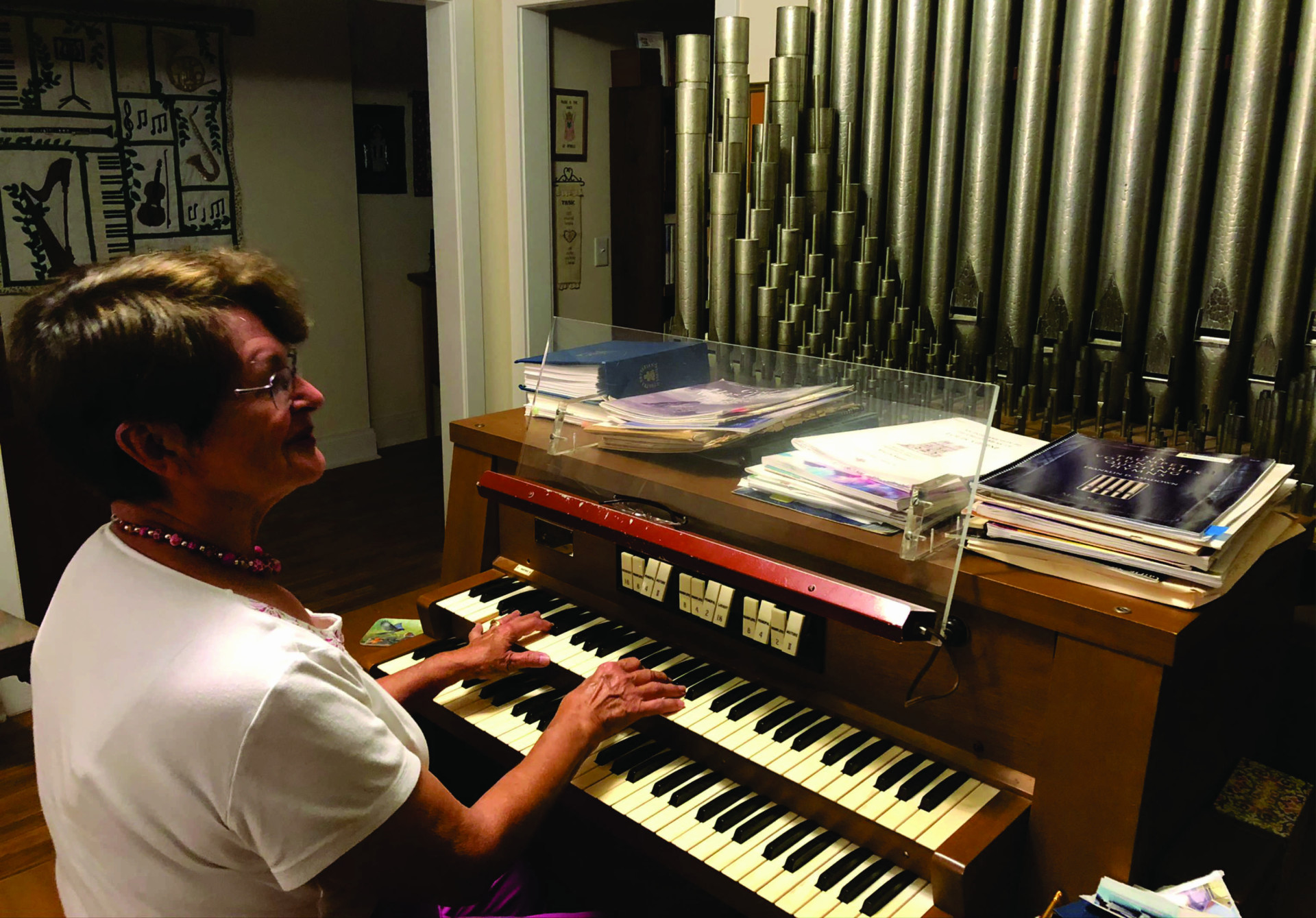 Carla Sperry has been playing the organ in churches since she was 21 years old. She has a BMus from Houghton College and an MMus. from Westminster Choir school.  Carla feels a calling to serve the Lord by helping congregations and choirs to lift their voices in praise. WPC and the Valdese community benefit immensely by her beautiful and elegant playing of our Letourneau organ.  Paired with Laurie, we simply could not ask for a better for our choirs. 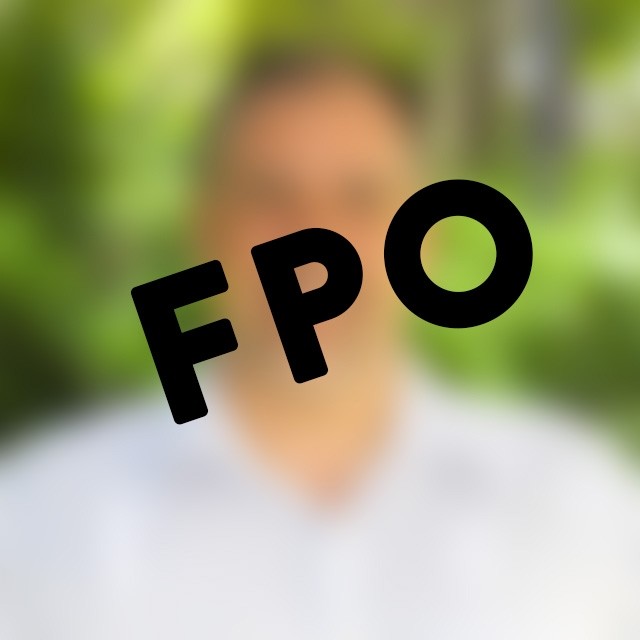 Coron has been our Kitchen Coordinator since May 2019 after teaching in the Burke County Public Schools for almost 30 years.  Coron is married to her husband Jake with two daughters attending state universities; one a senior at UNCG, the other is a junior at NCA&T.   After retiring from the school system, Coron wanted to remain active by seeking a part time job.  Luckily, she landed at WPC.  Although Coron states we have given her a new community to enjoy and have added to her Christian outlook, our congregation members are the ones who have actually benefited the most.  We all have enjoyed her delicious meals and recipes, her giving ways and, of course, her warm smile rules the day.

With a great passion for cooking, Cheryl considers herself blessed to work as the Kitchen Coordinator for Waldensian Presbyterian Church. She enjoys creating meals and other eating experiences using her culinary talents. Outside of the church, her greatest love is spending time with her family. While she also enjoys spending time on other crafts, her second love is sewing. Cheryl was once very involved with making quilts, but now has focused her talents on making doll clothing with her granddaughter and making aprons to add to her personal collection. Cheryl is actively involved in her own church and enjoys serving both in the kitchen and infant nursery. 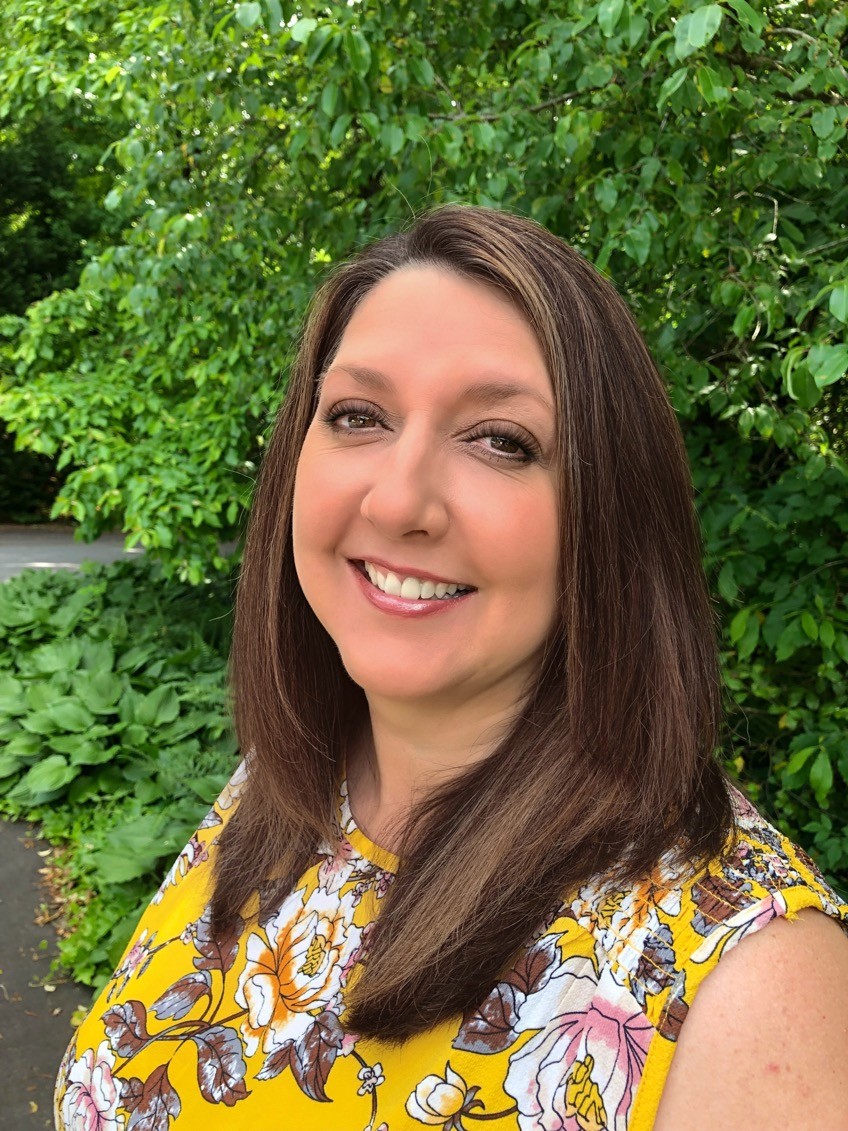 Kela has been with us a little over a year since the summer of 2019.  WPC is a very diverse church financially.  We support mission ministries both local and international, we have over 15 committees whose books need to be kept in order, countless line items on in the budget, the constant inflow and outflow of pledges and funds that need to be accurately accounted for and the list goes on.   The requirements of our financial secretary are exacting and precise.  We cannot think of anyone better in this position than Kela for whom we are grateful to have with us.

Sheila graduated Appalachian State University with a BS in Business Administration and a major in Accounting. She began her career as Controller for the Presbytery of Western NC in Morganton, NC. After ten years of service with the Presbytery, she resigned to spend more time with her two children, Cecelia and Patrick, and began her work with Waldensian Presbyterian Church. Her husband, Tracy, works as a Process Technician at Commscope and they reside here in Valdese in one of the original Waldensian homes. As her kids grew older, Sheila began sharing her gifts and knowledge of the PCUSA. She also works with the American Waldensian Society, Northminster Presbyterian Church and the Good Samaritan Clinic in Morganton. She is available at Waldensian Presbyterian on Wednesdays between the hours of 10 am and 2 pm. 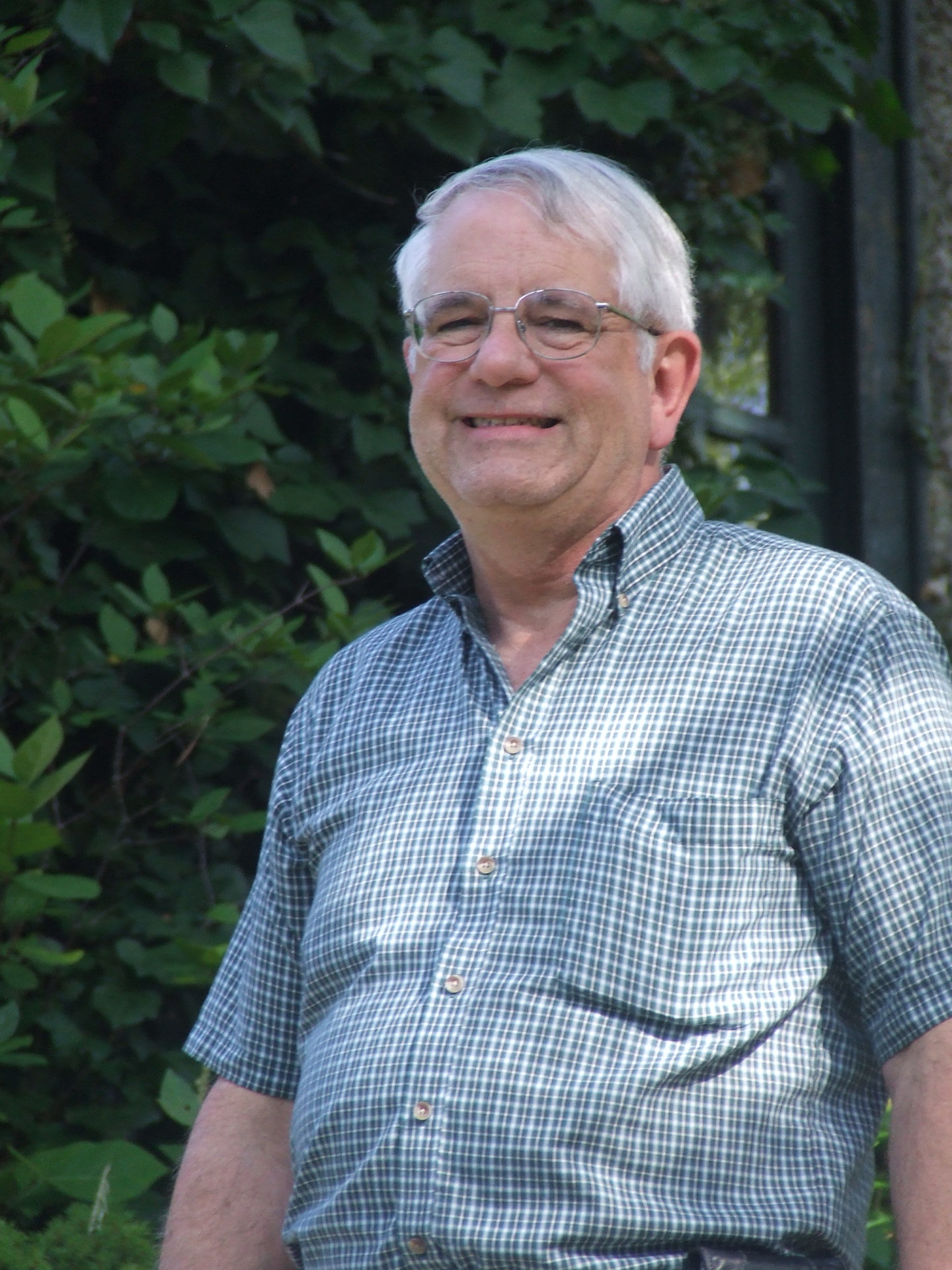 When asked for this bio, Fred Smith mistakenly put down he was born on New Year’s Day 1449.  That’s right, Fred is 571 years old!  I suppose all that experience he has gathered over the last 500+ years makes him the good “jack of all trades” that he is today.    In all seriousness, Fred has served this church and it’s needs faithfully and well for the last ten years.   Fred is married to his wife Denise for 39 years and have two daughters and two grandchildren.

Fred Smith has been in charge of Maintenance at WPC since May of 2011. Fred is retired from the N.C. Department of Corrections and law enforcement. He takes care of all church maintenance issues, assists the staff with a variety of computer issues and really enjoys his job. Fred has been married to Denise Thompson for 35 years and they have two daughters. Fred loves spending time with his family, especially his 2 year old granddaughter, Charlotte.  He also enjoys “fixing’ things, wood working and restoring older vehicles. His family says “if Papaw can’t fix it, we’re really up a creek.”